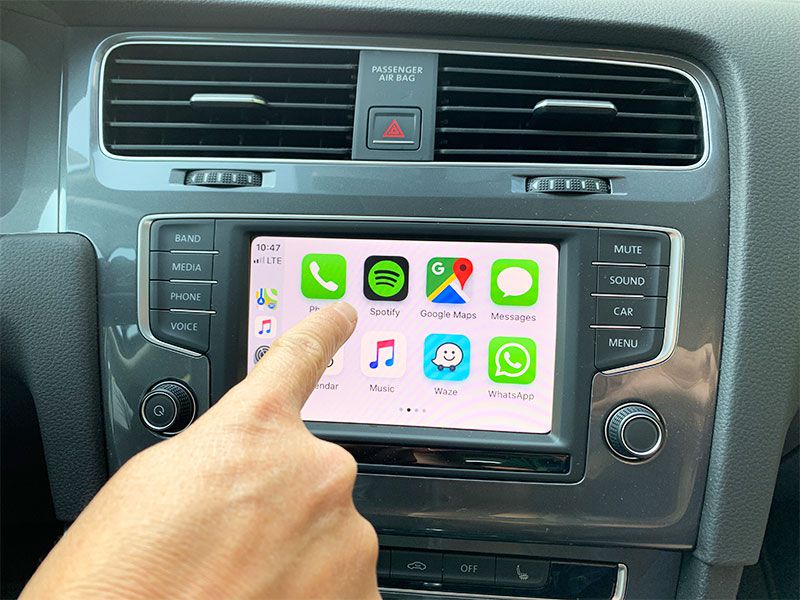 Apple CarPlay provides seamless integration between your car and your iPhone. It reduces distracted driving and makes staying connected easier when you’re on the go. It’s still a new feature, so it hasn’t seen many changes since its introduction a few years back, but the recent iOS 13 update brings lots of new tweaks that make the system even better to use.Whether you’re looking for directions, trying to keep track of appointments, or want more customizability in what you see on your screen, the latest version of Apple CarPlay has you covered. Here are 10 things you need to know about the new Apple CarPlay. 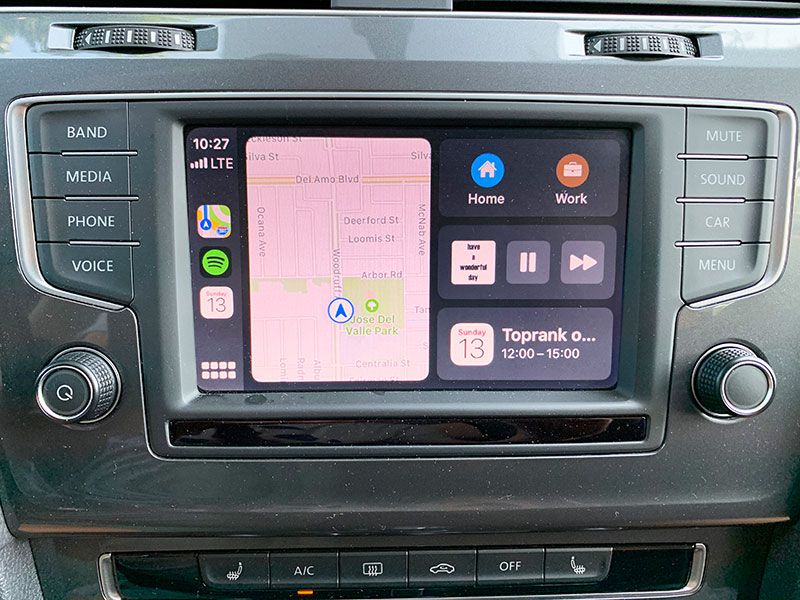 The first thing you’ll notice as soon as you connect your phone is the new dashboard display. The previous version of CarPlay wouldn’t let you see navigation and multimedia at the same time, which made managing the two a bit of a challenge. Now, CarPlay shows navigation on one side of the screen and multimedia information to the right. This way, you can easily follow directions and still see controls and track information for music. It also shows calendar info to remind you of appointments and make it less likely you completely forget about calls and doctor’s appointments you scheduled ages ago. 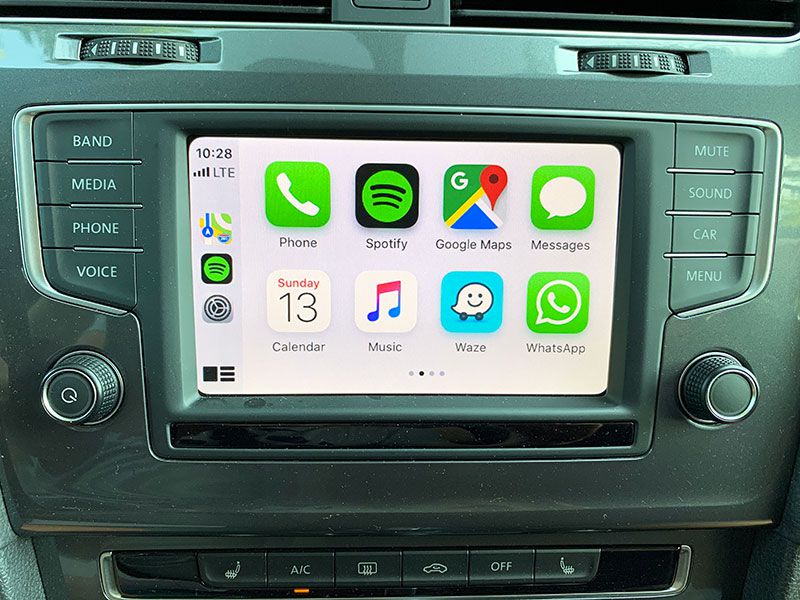 While everyone is buzzing about the new Dark Mode available in iOS 13, the big news is Light Mode for CarPlay. Previously, the screen defaulted to a mode that was like what Apple now calls Dark Mode and that was your only option. It didn’t matter whether it was day or night, there wasn’t any choice. Now, there’s the option for a Light Mode theme. This turns the background white and makes it easier to read during the daytime. Since that’s too bright at night, there’s still Dark Mode for when the surrounding light is dim and you don’t need your infotainment screen lit up like a spotlight. 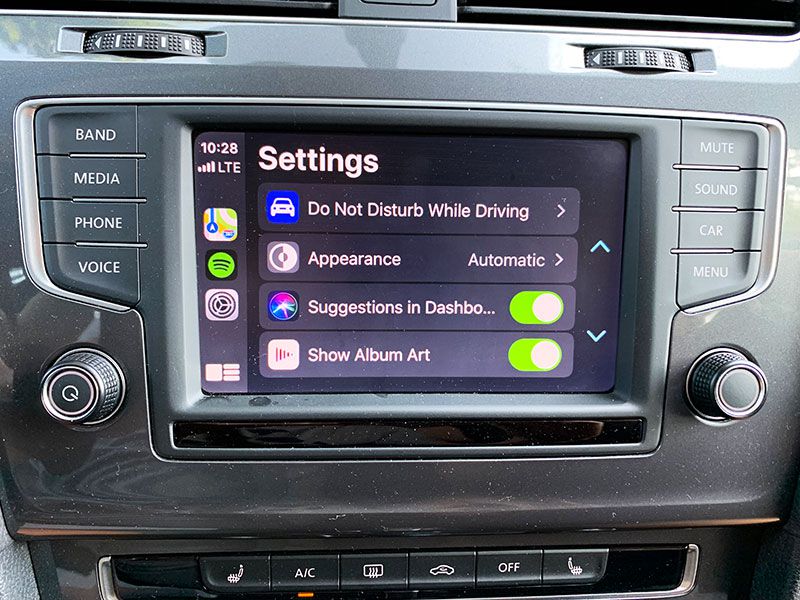 3. The Settings screen has more features.

Along with an updated dashboard, there’s an updated Settings screen that makes using CarPlay easier. You can now access Do Not Disturb While Driving directly from CarPlay rather than having to go into your iPhone settings. This can also be set to engage automatically when you first connect your iPhone. Likewise, you can choose to have Dark Mode engage automatically depending on the time of day or you can choose to have Dark Mode on all the time. Siri Suggestions can also be turned off and on in Settings, and you can enable or disable the new album art that shows on the dashboard widget. 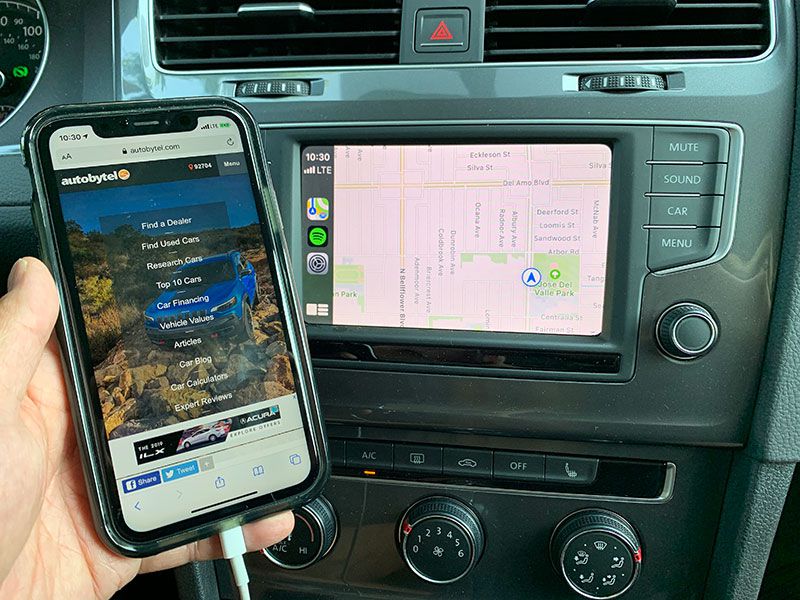 4. You can use your iPhone without losing the CarPlay screen.

One huge frustration with CarPlay was its inability to let you do anything else with your phone when it was in use. While you shouldn’t be using your phone while driving, this was frustrating for passengers. If they cued up directions, as soon as they picked up their phone to do anything else like check email or play music, then you flipped back to your car’s infotainment screen. The latest version of CarPlay no longer has this problem. Your passenger can set you up with navigation and happily still use their phone to check email, send texts, or do whatever they like without accidentally removing navigation from the screen right when you need it most. 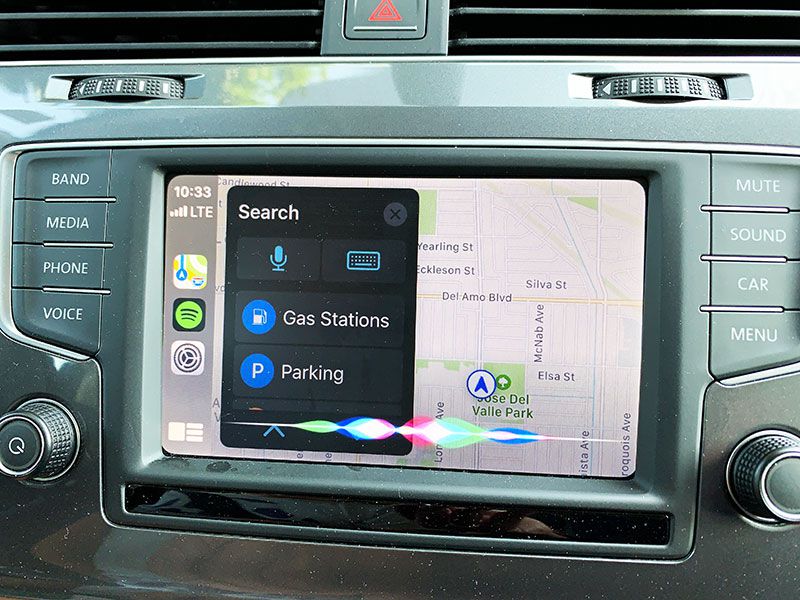 Siri is a great feature, especially in a car. It lets you talk to your phone instead of looking down at it to type, but it had a few problems that made it less than user-friendly. If you activated Siri, then it took over your entire infotainment screen. That doesn’t sound like a big deal, but it sure is when you’re using navigation. Now, Siri won’t take over your screen when it’s activated. Instead, there’s a translucent overlay, and the system still shows the rest of your dashboard even while Siri is working. It’s a big improvement and makes Siri more usable than ever. 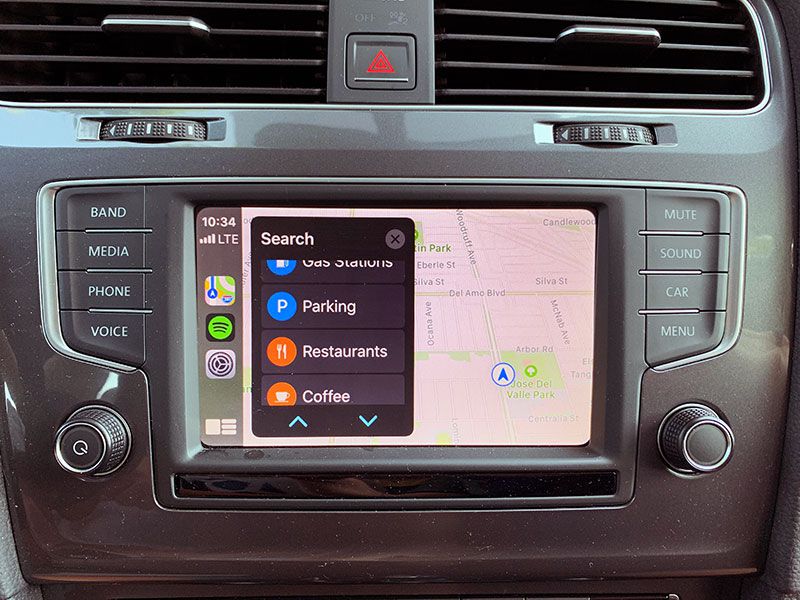 If you were frustrated with how limited Apple Maps was before, you’ll be pleased to know there’s a big upgrade included with the latest version of CarPlay. When you open Apple Maps, there are shortcuts to your "Favorite" locations at the top of the screen. You can also browse items in your "Collection." Once you find what you want, simply tap to open a more detailed view. You can then choose from a variety of drive routes and, when there’s heavy traffic, you can let whoever you’re meeting up with know when you will arrive. This capability comes from the new Share ETA feature that lets you share your estimated arrival time with contacts in Messages. 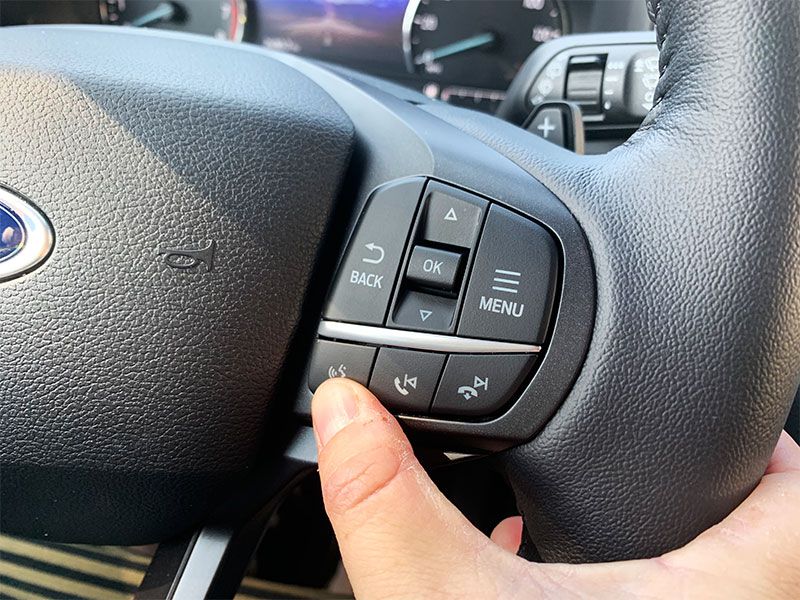 Further simplifying the connection between your car and your iPhone, Siri is more fully integrated into the CarPlay experience. Hey Siri now works directly with CarPlay, and there’s a new Always On Siri feature. Until the update, there was a bit of a delay between hitting the mic button on your steering wheel and Siri being ready. Now, with Always on Siri, it’s there and always ready in the background. You can start talking as soon as you hit the mic button rather than needing to wait. This also reduces those annoying instances where you think it’s ready when it’s not and end up having to wait and repeat yourself. 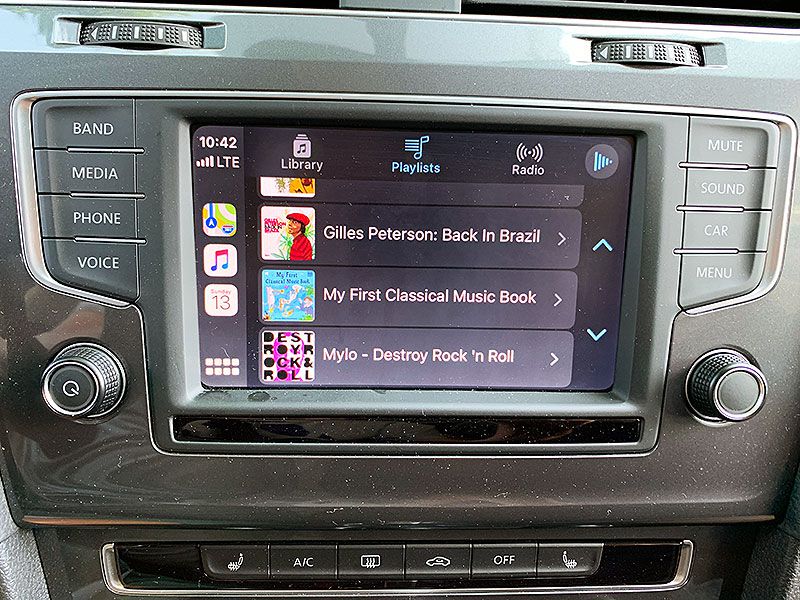 Apple Music has a whole new interface for CarPlay. It’s now easier to find new playlists and albums. It also features album art and offers more recommendations so you can easily find something new if you’re tired of the same old stuff. Even if you use Bluetooth to stream music from your phone without using CarPlay, there’s album art in places where it wasn’t before the update. There’s more track information, too. Depending on your car’s infotainment system, how much of this additional information you see will vary. But if you use CarPlay, then you’ll definitely see album art and recommendations. Note you can turn off album art right from Settings if you prefer. 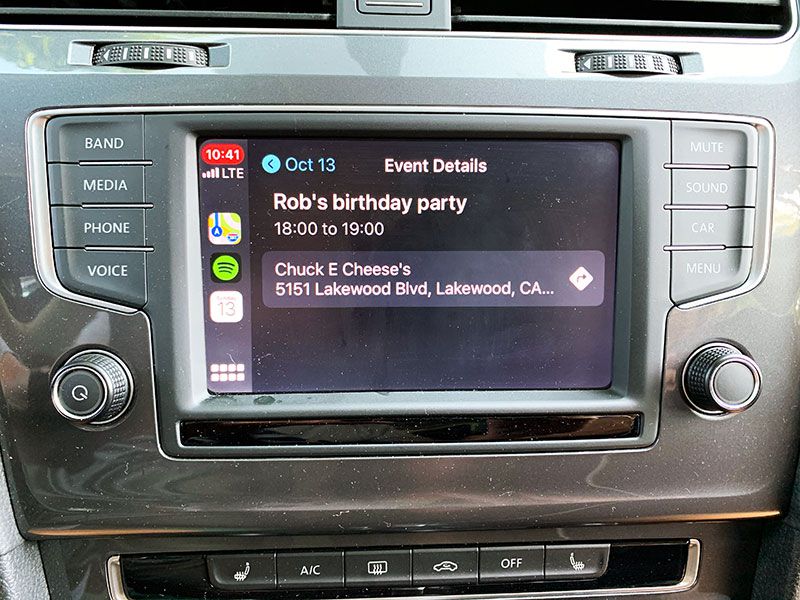 9. The Calendar app keeps you organized on the go.

The new Calendar app with the latest CarPlay update makes keeping up with your busy schedule a breeze. Now you’ll see whether you have time for a coffee stop, but it does one better by helping you get wherever it is you need to go. The more information you put into the Calendar when you make an entry, the more help it offers in CarPlay. Enter the phone number for that conference call and you can have it automatically dialed. Put in the address for that appointment and you can tap it and have directions right away in Apple Maps. This is especially useful for anyone who travels and is frequently going to new places to meet clients. 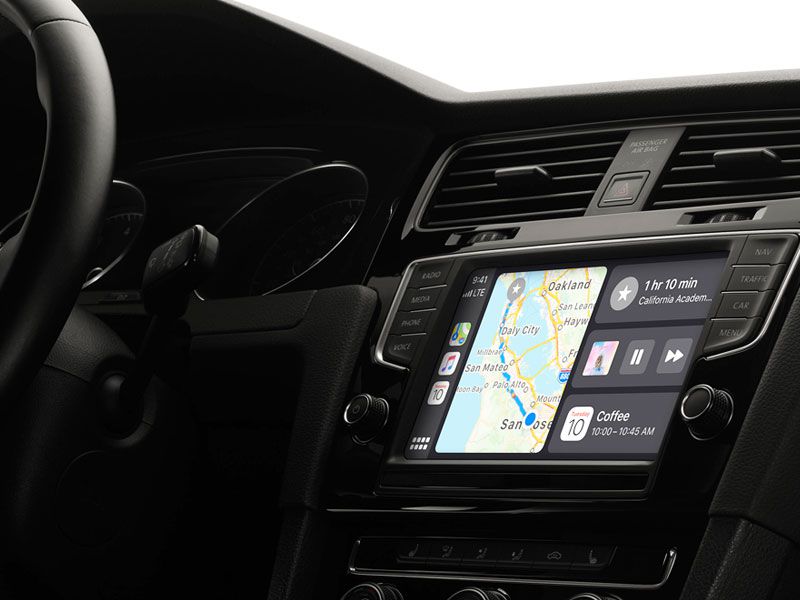 10. Larger infotainment screens may get a different view.

There are a lot of different infotainment screens on today’s cars. While some are quite small, others are massive and look like tablets attached to your dashboard. They also come in both horizontal and vertical orientations. That left a lot of unused real estate with the previous version of CarPlay since it didn’t adjust depending on the size of that screen. This one is up to automakers, who can choose to add more rows or columns of home screen apps depending on their unique systems. Whether you’ll see any change depends on the car you drive and whether that automaker chooses to integrate this feature into its system. 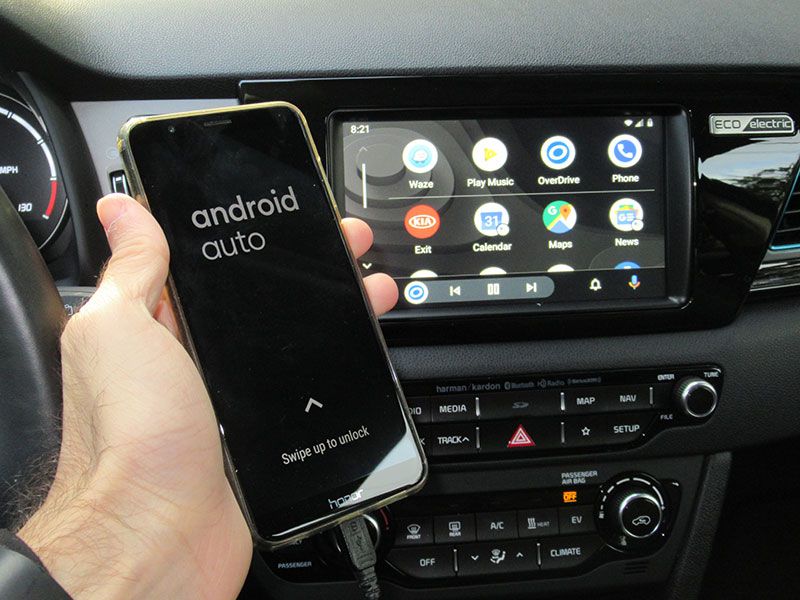 10 Things You Need to Know About Android Auto 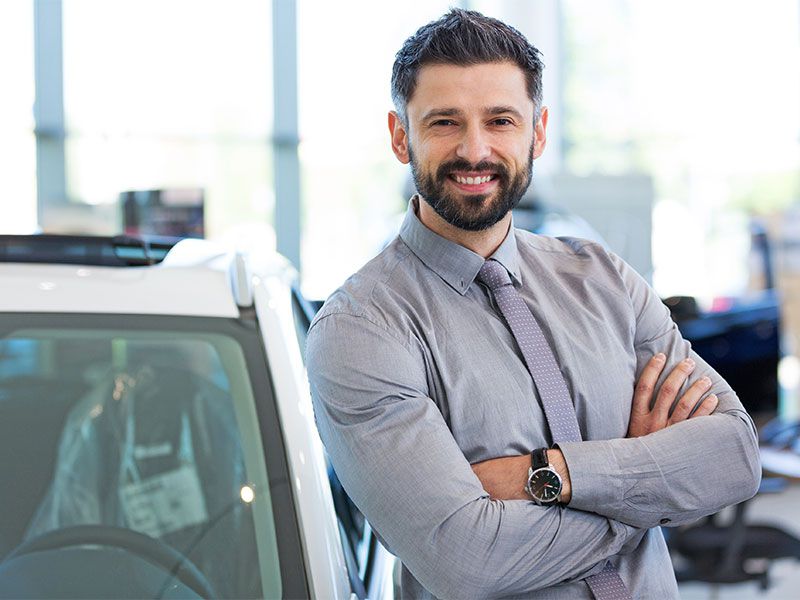 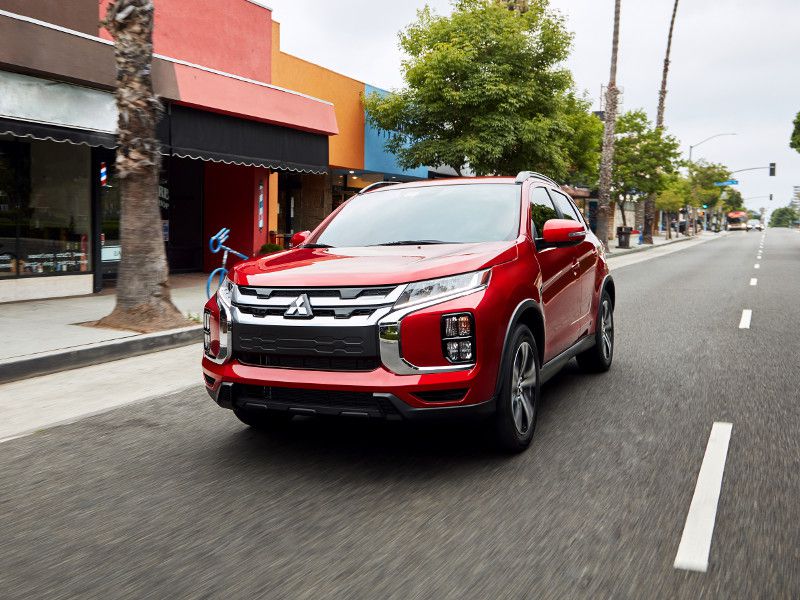